How to Control Your Overeating Habits
in Vacaville

A lot of people are eating too much or are having trouble controlling their appetite, especially with the ever-increasing portion sizes and fast-paced lifestyle. However, that shouldn't always be the case because there are simple and effective techniques that Vacaville doctors can teach you that could help regulate your appetite and avoid overeating.

An occasional oversized meal or snack isn't always harmful but doing it more than often can lead to serious health conditions. It could put someone at risk for obesity, type 2 diabetes, and heart and blood vessel conditions, which can lead to metabolic syndrome.

Between 2015 and 2016, an estimated 39.8% of adults in the US are suffering from obesity. This number is alarming because it continues to increase from time-to-time. At this rate, a lot of people are going to suffer from these serious health conditions, which can always be prevented by a change of lifestyle.

If you want to reduce your overeating habits, you can always start with these following tips.

TIPS TO REDUCE OVEREATING IN VACAVILLE

Whatever causes you to overeat, you should put a stop to it right away. It can be very alarming especially if it comes to the point where you can no longer control it. A weight-loss expert like Dr. Alex Tam of Vacaville can help people with such a problem. He can also help you with your weight loss journey so you should give his clinic a call right away! 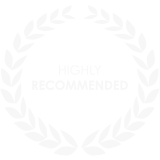